Yara International ASA, a leading global ammonia player, and Japan Bank for International Cooperation (JBIC), a Japanese policy-based financial institution, have signed a Memorandum of Understanding (MoU) to strengthen cooperation in the field of clean ammonia to support Japanese companies’ business development toward the realization of a decarbonized society.

JBIC and Yara will accelerate the formation of projects for the establishment of a fuel ammonia supply chain through the framework for collaboration between the two parties by signing the MoU on strategic cooperation.

- By signing the MoU, we have a framework for collaboration. Yara Clean Ammonia and JBIC will accelerate the formation of projects for the establishment of a global clean ammonia supply chain to Japan, says Mr. Magnus Krogh Ankarstrand, President of Yara Clean Ammonia.

- It is a great honour to strengthen JBIC’s cooperative relationship with YARA, one of the world’s most prominent leaders in the ammonia business. JBIC looks forward to collaborating with Yara in a dedicated effort to work toward establishing a competitive clean ammonia supply chain that also contributes positively to the realization of a decarbonized society” , says Mr. INABA Yutaka, Managing Executive Officer, Global Head of Energy and Natural Resources Finance Group, JBIC.

Yara aims to establish an international supply chain of clean ammonia to realize a decarbonized society. Clean ammonia is a superior hydrogen carrier and important zero-emission fuel that may be used for power production, deep sea shipping, and for green fertilizer production.

Ammonia does not emit carbon dioxide during combustion and is seen as an effective future energy source. Blue ammonia is derived from a carbon capture and storage process (CCS), while green ammonia is produced carbon free by using hydrogen sourced from renewable energy as feedstock. The term clean ammonia comprises both blue and green ammonia.

This MoU with JBIC is the fifth collaboration on clean ammonia that Yara has announced with key Japanese partners, including JERA, Kyushu Electric Power and Idemitsu Kosan. Sumitomo Chemical. 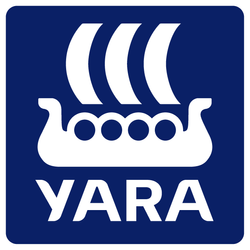 Yara grows knowledge to responsibly feed the world and protect the planet. Yara Clean Ammonia is uniquely positioned to enable the hydrogen economy in a market expected to grow substantially over the next decades. We aim at significantly strengthening our leading global position as the world’s largest ammonia distributor, unlocking the green and blue value chains, and driving the development of clean ammonia globally.

Yara Clean Ammonia operates the largest global ammonia network with 12 ships and has access to 18 ammonia terminals and multiple ammonia production and consumption sites across the world, through Yara. Revenues and EBITDA (1) for the last 12 months were USD 3,037 million and USD 166 million as per Q1 2022. Yara Clean Ammonia is headquartered in Oslo, Norway.

Subscribe to all the latest releases from Yara International ASA by registering your e-mail address below. You can unsubscribe at any time.

The International Maritime Organization (IMO) set targets to significantly reduce the carbon intensity of international shipping and it is clear that meeting these targets will involve the effective use of alternative low and zero carbon fuels such as clean ammonia in the maritime industry.