Oda raises NOK 1.5 billion in fresh capital from new and existing investors, solidifying its position as a leading, profitable and sustainable online grocery store. This means that even more customers in Norway, Finland and Germany will get access to affordable grocery products, delivered at their doorstep

“We are impressed by how Oda has reinvented grocery shopping. The company has developed a world-class logistics and distribution system, which makes online grocery profitable and sustainable. Customers that place orders through Oda reduce co2 emissions significantly and cut food waste by up to 75 percent when compared to shopping at a physical store. We are investing in Oda because we see great potential in its business and want to contribute to its continued growth,” says Martin Gjølme and Staffan Mörndal, of Summa Equity and Verdane respectively.

In being an industry-leader in reducing food waste, Oda is showing that major, structural change is possible in a massive global industry. Thus, the investment in Oda is advancing UN’s Sustainable Development Goal 12, which calls for a halving of food waste worldwide by 2030.

Together, the investment companies Kinnevik, Verdane and Summa Equity will contribute a total of NOK 1.5 billion in new equity to the company. Rasmussen Group, Prosus and Kinnevik, which are current shareholders in Oda, have simultaneously agreed to contribute another NOK 621 million in equity through debt conversion. The implied post-transaction equity value of Oda is approximately NOK 3.5 billion.

Oda was established in 2013 with the aim of making everyday life easier for people by delivering groceries to their doorstep. The company has succeeded in establishing a successful and profitable business with satisfied and loyal customers, initially in Norway, before gradually expanding into other markets.

“In 2021, we made an operating profit of NOK 29 million in Norway, a concrete proof that our business model works. The company has very satisfied customers who benefit from a wide range of products at low prices, delivered directly to their homes. In recent months, sales in Norway are up by 15-20 per cent compared to the same period last year, during a period when the online retail market and food market have contracted. Last year we reduced our sales prices to fully match competitors in the discount market, which has resulted in a positive effect on sales,” says Kristin Thornes Woldsdal, managing director for Oda in Norway.

Karl Munthe-Kaas, CEO of Oda, is pleased to have the support of capital-strong investors such as Summa Equity, Verdane and Kinnevik. In total, Oda adds NOK 2.1 billion in new equity, despite a challenging capital market that particularly affects technology and growth companies.

“Summa, Verdane and Kinnevik are leading Nordic investors with a special focus on companies that move the world in a more sustainable direction. Their decision to invest in Oda confirms that we have a solid business model and the right growth strategy. It is also worth noting that existing shareholders such as the Rasmussen Group and Prosus have backed us this time around as well through debt conversion. Oda is now well positioned for further targeted growth in Norway, Finland and Germany,” says Munthe-Kaas.

In 2021, Oda showed a turnover of NOK 2.47 billion, an increase from NOK 1.98 billion in 2020. In parallel, the company has sought to develop the world’s most effective retail system. The company had a positive operating profit in Norway of NOK 29 million and invested more than NOK 380 million in building a scalable platform and growing internationally. The international expansion continues, albeit at a reduced scope and pace in light of the current, tumultuous financial market.

“We are now making a necessary adjustment to our international growth strategy. We will focus on our current initiatives in Finland and Germany, and plan to seek profitability in existing markets before expanding to other countries. With this funding in place, Oda is well positioned to continue revolutionizing the grocery industry, while also making everyday life easier and more affordable for our customers, says Munthe-Kaas. 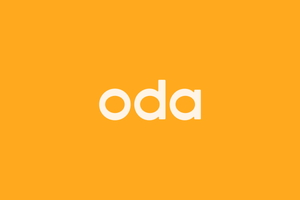 Oda is an online grocery retailer that provides door-to-door delivery services. It offers a huge range of fresh produce groceries to millions of doorsteps. Using the data-driven methodology, with a focus on sustainability all the way along the chain, the company aims to build an efficient retail system in the world.

The company was founded in 2013 and is headquartered in Oslo, Norway.

Subscribe to all the latest releases from Oda by registering your e-mail address below. You can unsubscribe at any time.