The Atlas of the Stateless

The Geneva office of the Rosa-Luxemburg-Stiftung is today publishing the Atlas of the Stateless (French, English). It will be presented in an online conference, in which the authors of the atlas and members of the UN refugee agency will participate.

(Geneva): The Atlas of the Stateless, which is now published in three languages (French, English and German), is a unique compilation of information on a subject that has been relatively little researched, namely the situation of stateless persons in the world. It contains six thematic articles on the situation of stateless persons, 19 country examples and 53 maps and graphs.

"Stateless people are people who are particularly vulnerable because no state protects them and they have no access to basic rights. They do not exist on paper, hardly appear in statistics and mostly live on the margins of society without access to basic state services, such as health care," says Eva Wuchold, Programme Director Social Rights of the Rosa-Luxemburg-Stiftungin Geneva.

4.2 million stateless persons are registered with the UN refugee agency UNHCR on the basis of reports from UN member states. However, the actual figures are likely to be much higher. It is difficult to estimate how many people are stateless worldwide, as the data basis is incomplete. In many European countries, too, there are no special procedures for determining the extent of statelessness.

Excluded, and in some cases threatened with imprisonment or deportation because of their status, stateless persons live in constant fear and distress, and their situation has worsened with the coronavirus pandemic in 2020. Statelessness is an extreme form of exclusion that can be remedied by relatively simple legal means. The Rosa-Luxemburg-Stiftungpromotes the concept of "global social rights", an approach that would put an end to the problems of stateless people, as it calls for equal rights for all people regardless of their origin, place of residence, gender, skin colour or cultural background.

To view this video from www.youtube.com, please give your consent at the top of this page.“There are many reasons for Statelessness”: 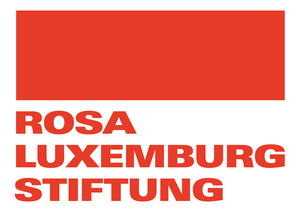 Subscribe to all the latest releases from Rosa-Luxemburg-Stiftung by registering your e-mail address below. You can unsubscribe at any time.