Avinor is stepping into the future of winter operations and committing itself fully to autonomous runway sweepers. Following a rigorous procurement process, a framework contract for a period of 8 years has been signed with Norwegian company Øveraasen AS. The technology company Yeti Move AS, based in Kongsberg, is a subcontractor and will provide the autonomous solutions.

The contract encompasses the purchase of runway sweepers for use at Avinor’s airports featuring autonomous solutions. The estimated contract value over the duration of the agreement is up to EUR 40 million. This includes anticipated options, as well as ongoing maintenance.

Several autonomous vehicles are scheduled for deployment at Oslo Airport during the winter of 2021/2022.

‘We want to be in the driving seat when it comes to new ways of thinking and innovation,’ says Avinor CEO Abraham Foss. ‘With this procurement, Avinor is taking a step into winter operations of the future in which autonomous runway sweepers are part of the solution. We are among the first in the world to put a concept like this into operation, and it will enable us to fulfil our goal of being a leader in terms of winter operations over the coming years,’ he says. 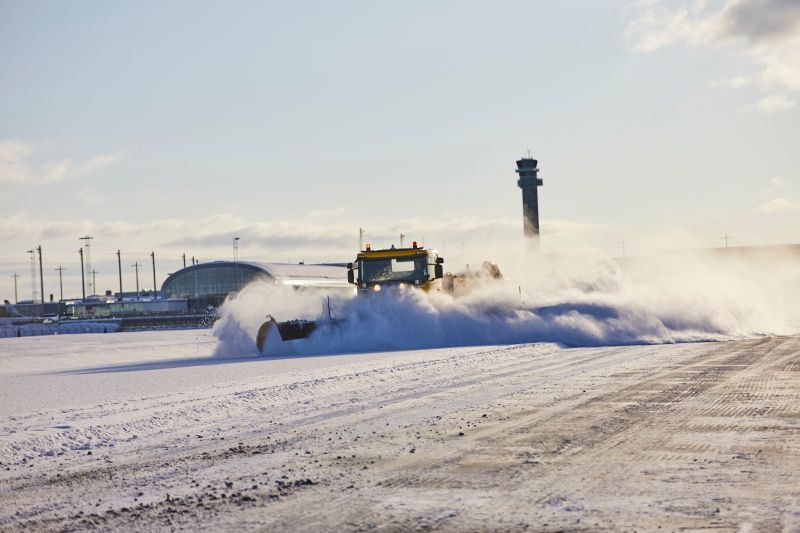 Focus on efficiency and environmentally friendly solutions
Avinor is working continuously to streamline airport operations through the utilization of new technologies, thereby meeting the airlines’ expectations in relation to efficiency and automation. Excellent punctuality and stable operations, including during the winter season, are essential to ensuring a positive passenger experience and very important to the companies operating at airports in enabling them to do so as cost-effectively as possible.

‘An automated concept for winter operations will allow us to carry out our tasks with fewer resources. Streamlining and automation are high on our agenda,’ Foss explains. ‘Ten years ago, the concept of driverless snow ploughs was nothing more than an idea on paper. This is why it is so gratifying to see that the technology is already sufficiently mature for it to be deployed in regular operations.’

In addition to the cost-saving benefits, the acquisition of these machines with higher capacity and greater clearing range will make it possible to reduce the number of snow ploughs operating, thus benefitting the environment. Greater precision in snow removal operations and less wear and tear on equipment will also play a role in this respect.

In addition to the supply of autonomous vehicles, the contract also encompasses the delivery of runway sweepers to all Avinor airports. Avinor has approximately 150 runway sweepers at its disposal. In the long term, the intention is that the platform for autonomous operations can enable automation of other tasks and services in the airport area. This may include grass cutting, line painting on the apron as well as sweeping. 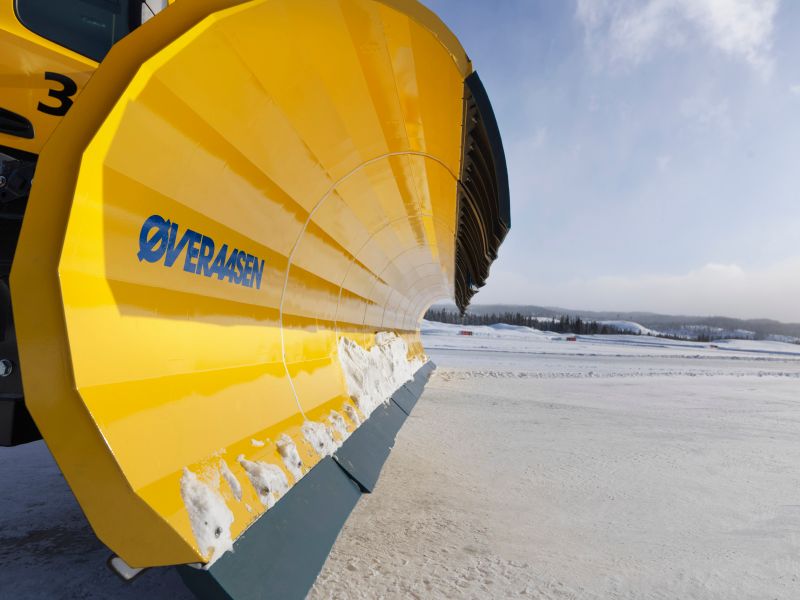 Norwegian suppliers at the forefront
The framework agreement includes the first tranche of 12 autonomous runway sweepers to be delivered from the Norwegian company Øveraasen AS. Subcontractor Yeti Move will be supplying the autonomous technology and IT systems that are used in the machinery.

‘Signing a contract like this with Avinor is a big deal for our company,’ says Thor Arve Øveraasen, CEO of Øveraasen AS. ‘This agreement confirms our leading position as a manufacturer of advanced snow removal equipment for airports around the globe and will contribute to ensuring that employment is sustained over the coming years,’ he adds.

Øveraasen was founded in 1908 and is thus a Norwegian company with long traditions.

‘Technological development is constantly moving forward, and it will be most gratifying to deliver the autonomous vehicles to Oslo Airport. Many airports around the world are following closely what is happening at Avinor and are eager to participate in this exciting journey in future,’ Øveraasen concludes.

Peter Due, CEO of Yeti Move AS, is also most satisfied with the recently signed contract.

‘The agreement with Avinor confirms Yeti Move’s position in the world of autonomous solutions for airport operations. This is a recognition of the job that we have done in partnership with Øveraasen and helps to position Yeti Move as a leading global player in industrial autonomy,’ Peter Due says.

‘It’s particularly fun given that back in the day, Yeti was founded as the outcome of Avinor’s vision for autonomous solutions for snow ploughing.’ 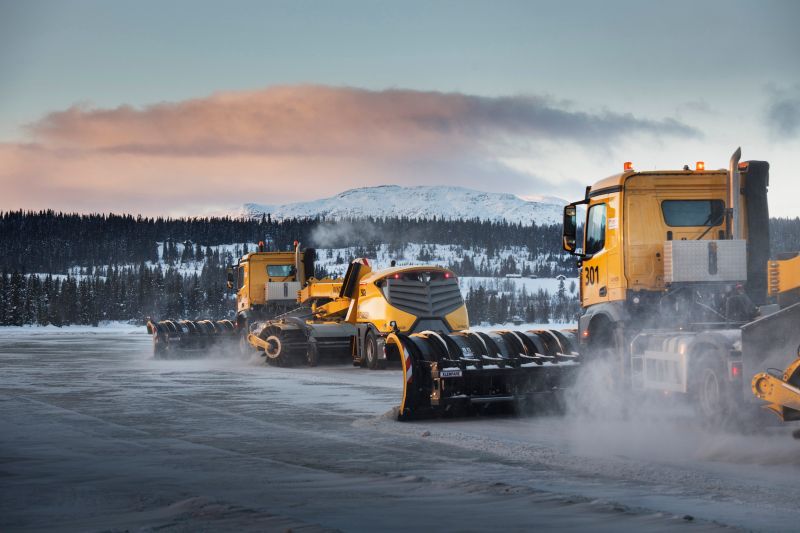 We do not answer inquiries between 2100 and 0630 unless there is a critical incident. For info regarding flights - see avinor.no and choose airport.

+47 67 03 00 00https://avinor.no/en/corporate/about-us/the-avinor-group/about-the-company
Avinor is a wholly-owned state limited company under the Norwegian Ministry of Transport and Communications and is responsible for 44 state-owned airports.

Avinor has taken a leading role in reducing climate gas emissions from the aviation industry, including the development of electric aircrafts and supplying sustainable jet-biojetfuel.

Avinor provides safe and efficient travels for around 50 million passengers annually, half of which travel to and from Oslo Airport.

Over 3000 employees are responsible for planning, developing and operating an efficient airport and air navigation service. Avinor is financed via airport charges and commercial sales.  The air navigation services is organized as ​subsidiary wholly-owned by Avinor. Avinor's headquarter is in Oslo.

A total of 4 639 625 passengers travelled to, from, or via Avinor's airports in June 2022, an increase of 11 per cent from May. Simultaneously, Avinor notes that the air traffic service activity is high and that aircraft movements in some places have passed the levels from 2019.

The Norwegian airport and airspace operator Avinor and the technology company Indra have signed an agreement to digitalize the air traffic management system for the Norwegian airspace. The system is developed in an alliance with several other European countries and will provide Avinor with modern technology on a common European platform.