As Magi or Wise Men from the East, Christian tradition refers to the "stargazers" mentioned in the Christmas story of Matthew's Gospel, who were led to Jesus by the star of Bethlehem. In the Catholic Church, the "three kings" are venerated as saints. Their Solemnity is the Feast of the Epiphany on today, January 6, 2021. In the Protestant churches, too, the Magi are commemorated on Epiphany.

(Hamburg, Germany): Against this Christian background, Josip Heit, Chairman of the Board of GSB Gold Standard Banking Corporation AG, located at the Port of Hamburg, not only on the feast day of Epiphany, expresses his gratitude for the blessings of success in the year 2020, which has passed a few days ago. It is worth mentioning that Josip Heit just recently released the "G999", a uniquely electronic system, card reader and app that allows for telecommunications and messenger in one, inspired by the deflationary token economic model, fast payments, micro fees and a variety of other options.

For this project, Heit was able to engage, among others, Sophia Thomalla, her character's blockchain ambassador for GSB Gold Standard Banking Corporation AG and G999, one of the most famous presenters and actresses in the German-speaking world.

Sophia Thomalla has long been highly interested in cryptocurrencies, especially blockchain technology, cryptography and telecommunications in particular, as well as the technologies behind them.

In this context, Thomalla is of the opinion that the future will be a digital currency, this is likely to be underpinned not least by the fact that since the BitCoin as a cryptocurrency based on a decentrally organized booking system last night (05.01. to 06.01 2021) has again jumped to a high and left behind the mark of 35,000 US dollars.

The BitCoin as a cryptocurrency thus now brings a total of 650 billion US dollars to the scales.

Josip Heit himself is known as a proven business manager and blockchain pioneer who, through his divisions of the GSB Group, has products from the areas of blockchain, cryptocurrency and cryptotechnology developed under the aspect of climate-friendly orientations. GSB's corporate divisions in this regard are the conventional sectors with their blockchain technology, which also offer crypto services, among other things.

You can see more information about G999 here: https://g999main.net 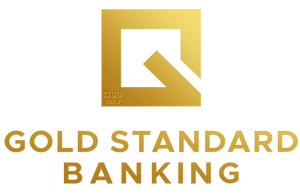 Subscribe to all the latest releases from GSB Gold Standard Banking Corporation AG by registering your e-mail address below. You can unsubscribe at any time.

GSB Gold Standard Banking Corporation AG: Since 08 December 2020, one of the most exciting commercials of the past year 2020 has been running, filmed in the architecturally ultra-modern banking district of Dubai, in the United Arab Emirates. To kick things off, Sophia Thomalla was seen in the middle of Times Square, on the big screens of the REUTERS and NASDAQ skyscrapers in New York (USA). Here, a breathtaking beauty from Germany also turned the heads of viewers internationally - Sophia Thomalla. The German media star is considered extremely business-minded and is certain that blockchain-based applications are the technology of the future. Consequently, she appeared as an ambassador in the commercial for "G999", a uniquely electronic system, card reader and app that enables telecommunication and messenger via blockchain, inspired by the deflationary token economy model. This enables ultra-fast payments, micro-fees and a host of other options. Just recently, Sophia Thomalla was a guest

Dubai is the city with the world's highest number of skyscrapers, at over 300 metres high, as well as the tallest building on our planet, the magnificent Burj Khalifa, 828 metres. Dubai is a global centre of commerce and has the world's third largest airport by passenger traffic and the tenth largest port by container throughput. With a history of only 49 years, Dubai's success is unparalleled worldwide! Consequently, the GSB Gold Standard Group, in compliance with all coronavirus pandemic regulations, held its big "Good-bye-2020 - Welcome 2021 - Event" in Dubai's luxurious Jumeirah Beach district, in the midst of international banks and oil companies. International media were once again present in large numbers and some even travelled directly to Dubai, as they had done in Monte-Carlo (Monaco). People from all over the world enthusiastically followed the launch of the "G999", a unique electronic system, card device and app in one. The G999 is inspired by the deflationary token economi

GSB hires Sophia Thomalla as Blockchain Ambassador: Since the morning hours of today, December 8th, 2020, one of the most exciting commercials of the year 2020 has been running in the middle of Times Square in New York. A German is turning the heads of everyone internationally - Sophia Thomalla.