Important victory for the dogs in the court of appeals

The Borgarting Court of Appeal in Oslo has on Friday delivered a verdict in the dog breeding case. Like the District Court, the Court of Appeal states that further breeding of the Cavalier King Charles Spaniel with today's genetic material is in violation of the Animal Welfare Act. For the English bulldog, the Court of Appeal sets the threshold higher, and believes that the evidence is not sufficient to uphold the ban from the district court.

Breeds in violation of the law

In Norway, we have an animal welfare law that gives our dogs strong protection against unnecessary injury, disease and pain. The Norwegian Society for Protection of Animals believes that this law is not followed in much of today's dog breeding practice. We are therefore very satisfied with the Court of Appeal's judgment, which shows us that the regulations have a real effect. Now two legal instances have established through the Cavalier King Charles Spaniel breed that parts of today's breeding practices are in violation of the law. This is a huge victory for animal welfare.

For many decades, professional circles have been strenuously trying to raise concerns about these problems, now another legal instance agrees with this, says CEO of The Norwegian Society for Protection of Animals, Åshild Roaldset BVSc. This judgment therefore means that you cannot continue as before - and it is important to get it established.

The Norwegian Society for Protection of Animals is at the same time surprised by the Court of Appeal's conclusion on the English bulldog. This is a breed with a huge disease burden, and where a large proportion of the population suffers from breathing problems. The hereditary disorders of this breed have been well documented in the literature for almost a hundred years, and recent  research clearly shows that the condition of this breed is critical. The Court of Appeal nevertheless sets the threshold higher than what the District Court did for the bulldog, claiming that the health challenges have not been sufficiently proven.

With an inbreeding rate in the bulldog of approximately 35% and so many different diseases, we believe that you have no opportunity to significantly improve the health of this breed without cross-breeding, says Roaldset. It is a shame if our dogs have to suffer for even more years, in order for us to be able to shed enough light on this.

Dog breeding of the future

It is important to point out that this judgment is not about the consequences of the court establishing a ban on further breeding of one of the two breeds. Although it has been mentioned a lot, the case is not about crossbreeding projects, or about the risk of illegal imports. These are of course also very important topics, which the Norwegian Society for Protection of Animals is actively working on, but they are outside of what the court has decided.

Our focus is and will remain on the dogs and their welfare. The Norwegian Society for Protection of Animals has worked for animals since 1859. To not address the biggest animal welfare problem in the dogs of our time would be to fail the values ​​that the organisation stands for, says Roaldset.

The Norwegian Society for Protection of Animals wants MORE and BETTER organisation of dog breeding, and that it must apply to all individuals - both purebred dogs, designer dogs and mixed dogs. We want all dogs to be sold with estimated breeding values ​​for temperament, function and health, and genomic relatedness. This is in line with the EU's guidelines for dog breeding, which both breeders, kennel clubs, animal welfare organisations and the authorities should be able to agree on.

Geneticists must be involved in dog breeding. The time when selection of breeding animals is made by exterior judges, with the main focus on appearance, must be over. The price the dogs have had to pay for this type of unscientific breeding practice has been far too high for far too long. Dogs are descended from the wolf and did not look like they do today until humans started breeding. In other words, the ailments these dogs live with are entirely man-made. 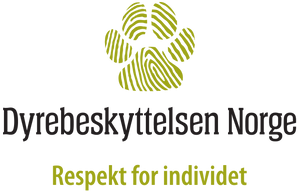