All in all more than 14,000 events have been held at the Olympic Park Munich since it opened in 1972, but none have been as big as the European Championships. “We are delighted to have been chosen to host this multi-sport event bringing together athletes from across Europe. Our team has worked very hard to achieve this, from the bidding process to the negotiations and the financing. I would like to take this opportunity to thank the German national government, the regional government of Bavaria and Munich city council. We are looking forward to a fantastic anniversary year,” comments Marion Schöne, CEO of the Olympic Park Munich.

The architects of Munich Olympic Park were visionaries – designing a multi-functional park in the heart of Munich that has hosted more than 14,000 events. However, since the summer of 1972, none of those events will compare to August 2022, when more than 4,000 athletes from across Europe will descend on the Bavarian capital to compete for more than 150 medals in 10 disciplines. So far six sports have been confirmed: ATHLETICS, CYCLING, GOLF, GYMNASTICS, ROWING and TRIATHLON.

The sustainability of the European Championships 2022 is also assured. Using pre-existing infrastructure, the impact of the Championships on the surroundings will be minimalised. This green ethos is further enhanced thanks to the close proximity of the venues and excellent public transport links between the Munich Olympic Park and downtown Munich.

Video is available at https://www.presseportal.de/nr/128059/video 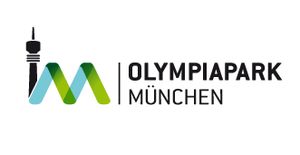 More diverse, more exciting, more fun! The multi sports European Championships 2022 will welcome athletes from nine different sports to the city of Munich as they battle it out for medals between 11 and 21 August. Joining athletics, gymnastics, rowing, cycling and triathlon on the schedule will be sport climbing, canoe sprint, table tennis and beach volleyball. The Federal Minister of the Interior, Building and Community Horst Seehofer says: "Munich provides world-class conditions for elite international sport, which will be demonstrated in 2022 when this city plays host to the European Championships. This is a huge opportunity for sport in general and a tremendous event for the public. I am extremely pleased about this decision as the Bavarian Federal Minister, but also as a sports enthusiast. Therefore, I would like to extend a warm welcome to everyone coming to Munich for this event." Joachim Herrmann, Bavarian State Minster of the Interior, for Sport and Integration: “This is going