“We've had a quarter marked by varying performance. In the third quarter, the offshore business delivered solid growth and very good profitability, and in demolition, environment and energy we also recorded very good results. We have adjusted the project estimates significantly for the Swedish Betonmast units, so overall we did not deliver profitability at the AF level,” says Amund Tøftum, CEO of AF Gruppen.

AF imposes the same strict requirements on all partners and suppliers as for own employees. Figures from subcontractors are included in the injury statistics. The LTI rate for Q3 was 0.9 (0.8). So far this year, the LTI rate was 1.2 (1.1).

“In today's market, it is important to have robust organisation, active risk management and the ability to choose the right projects. We have a strong market position and recently we have signed a number of solid contracts where we will contribute to solving important societal challenges within infrastructure, removal and transport. We are also well positioned within rehabilitation, refurbishment and extensions,” says Tøftum.

Selected highlights from the quarter: 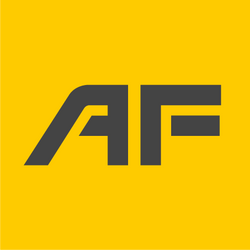 AF Gruppen is a leading contracting and industrial group that was formed by an entrepreneurial spirit and execution capabilities. The group has 5,400 employees and revenue reached NOK 27 billion in 2021. AF Gruppen is listed on Oslo Stock Exchange (AFG).

The largest recycling operation of a production vessel (FPSO) has started in Vats, Rogaland this week. The 235-metre-long ship was loaded-in by a float-over and subsequent site move operation. Now the vessel will be cleaned, dismantled and recycled. At least 97 per cent of the ship will be recycled.

AF Gruppen’s subsidiary HMB Construction has been awarded to build further 151 homes in central Knivsta, north of Stockholm. The value of the contract is SEK 270 million, excluding VAT.

AF Gruppen has been the appointed contractor for the construction of the new water treatment plant at Huseby in Oslo, as part of the New Water Supply project. The contract is a partnering contract in an alliance between the City of Oslo / Water and Sewage departement, projecting partners (Multiconsult, Asplan and Cowi) and AF Gruppen.

We refer to public announcement September 21st 2022. TotalEnergies and AF Offshore Decom have signed a contract for the engineering, preparation, removal, transportation, dismantling and recycling (EPRD) of 10 production platforms from the L7 field in the Dutch sector of the North Sea. The total weight of these installations is around 17.000 metric tons, and the objective is to recycle up to 98% of all materials. The scope also includes installation work and preparations for redevelopment of infrastructure for the future use for carbon capture and storage (CCS). The structures will be prepared for removal and lifted by selected, fit for purpose vessels from local supply chain and transported to the purpose-built recycling facility for oil and gas infrastructure, the AF Environmental Base Vats in Norway. This execution strategy is fulfilling our joint ambition to deliver a sustainable project that is cost and energy efficient, safe, and predictable. We are part of the circular economy a

AF Gruppen’s subsidiary HMB Construction has been commissioned to build a new senior-level and upper secondary school in Västerås. The value of the contract is approximately SEK 230 million excluding VAT.